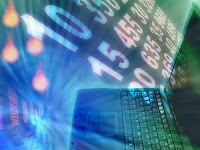 Things often take time to brew. Awhile back, an economist colleague of mine, Dr. Phil Mizzi, turned me on to Nudge, the work of Thaler and Sunstein (2008) on how a nudge in the right direction can subtly influence people to make good decisions. Their idea was to define a framework for choice architecture that takes into consideration the humanness of people, and how easy it is to not make decisions. When given free will, people often choose not by not choosing. Not to save, not to take care of their health, not to do simple personal, tiny things to protect the common good. In Nudge, the authors look at the economic benefits of nudging people to do the right thing.
A few years later, Phil and I can't help noting how machines have advanced in not just gathering data, but searching for patterns and noting significance. Decision architecture suddenly becomes much easier by eliminating the human-intensive intervention described in Nudge, but also becomes more reliable regarding the architecture piece of the choice architecture puzzle. In the authors' examples, someone is deciding the value and parameters of the nudge, rather than allowing analytics to gather, sort, compare, contrast and determine the objectivity of the nudge toward good. In one example, the authors describe a Save More Tomorrow plan that a number of corporations have implemented to help their employees save money through voluntarily auto-deduction. The authors state that thousands of corporations now use this nudge model, with triple the savings seen previously. But even economists can't tell a company what percent of salary best balances nudge vs. return. Why not let a machine do that? Across an institution or a multi-institutional study, machines could pattern-match and adjust recommended percent that would encourage participation at best savings rate. Nudge analytics: No guessing; no assumptions; no bias.
Close to home, the implications and affordances are deep when we think about the wasted information available in current university systems. The machine knows how many times students log into ALL the sections of ENG 101 in Blackboard. The machine knows the final grade of each of these students. The machine knows what percentage of students that login twice a week receive an A. Not many is our guess, but the machine doesn't have to guess. The machine could send out a note to the student's portal page or email on a weekly basis, letting the student know the likelihood that they'll receive an A based on their performance, matched against historical data. The machine could nudge the student to log in more often and raise their likelihood.
And that's just one idea from our own backyard. Starting to obsess on the idea, I'm beginning to see nudge analytics pop up in the most interesting places. Recently, with days to spare before the early voting sign up closes for the November election, I received an email from Organizing for America (President Obama's initiative to encourage citizens to vote) that is a perfect example of nudge analytics. The letter reminded me of the importance of my vote, and just let me know that AZ has a site online that takes moments to sign up to be on the Permanent Early Voter List.
I was nudged. My decision, my choice, just a nudge to be a better citizen. I gave that example to one of the intrepid reporters at InsideAZPolitics.com, and they put up the story and the link to AZ PEVL.
Consider their story, and this blog ending, a simple nudge. If you're as lazy, harried, stressed or forgetful as most of us, consider voting early. Sign up at the PEVL site before Monday to early vote by mail-in ballot in November. If you miss the deadline, sign up in time for the next local election.
Nudge analytics on the part of the machines at Organizing for America; just a simple, Thaler and Sunstein type nudge from me and InsideAZPolitics.com. Sign up. Know, then do. It'll be a decision that's good for the common good.
Posted by colleen at 8:54 PM No comments:

Blackboard 9 FAQ for Fall 2010
We're up! A new year at ASU and we've moved to BB9. After 2 weeks of crash and burn, the system seems stable. New instructors are signing up for workshops, searching the Blackboard site for startup guides, taking training classes and asking for help. 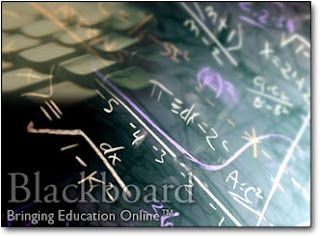 Experienced instructors, aren't quite as prepared. They left campus in the Spring with their course copy requests submitted and now, thinking all is right with the world, are once again attempting to get into their BB8 shells. And guess what? They're stumped. Something familiar was taken away and now they're strangers in a strange, oddly familiar and yet mysterious land.
So, based on the 50+ email messages and 12 angry phone calls left for me in the last 48 hours, I appealed to the instructional designers of ASU to compile a quick Top 10 list of BB9 queries. The Training Group at our ASU University Technology Office came through, kindly including a number of suggestions from the faculty of CoPP, adding some they've heard (very helpful, as I hadn't heard those yet...or discovered the solutions) and here you have the collective hive-mind confusion made less confusing. Check it out!
Blackboard 9 FAQ for Fall 2010
And in case you haven't seen their most excellent Blackboard 9 Instructor Help Site, please check that out too. A wealth of resources, tips, answers, ideas. Again, BB9 is admittedly not the most intuitive interface, and ASU got off to a rocky start, but BB9 is here to stay and has a lot under the hood. Visit the help sites, explore, get over our collective crankiness and use technology effectively to make teaching and learning an engaging, meaningful experience. Cuz that's why we're here. Have a great semester!
Posted by colleen at 3:58 PM No comments:

Beginning of semester and ASU goes live with Blackboard Learn. Most faculty here will readily tell you this is a misnomer at our site as it's been down a good deal of the time since the semester started two weeks ago. But let's put that aside and talk about how very different BB9 is and how a few aspects are seemingly not possible in BB9 that were simple in previous versions. This is not to negate a few exciting new features, but focusing today on VIDEO. Especially the desire to stay within the BB environ while watching the video. It used to be rather straightforward to 'Create Item' and choose 'Display media file within the page'. But that was then, and this is BB 9. (ASU tells me that BB wants us to call it BB Learn. Really? I'll call it BB Learn if/when it actually functions at ASU and we can use it to teach/learn. Fair?).
Display media file within the page: Well you can choose that item forever, and it doesn't seem to embed video. Not the way it used to work. So, depending on the type of video link you're attempting to post, your options will now be different. I note that YouTube embed code works, but only because the Blackboard site states they optimized for YouTube and a few other commercial sites. Embed code doesn't work for sites we often use at ASU (like Films on Demand), but we'll get to that in a minute.
For YouTube users wanting to embed inside your course, preserving navigation bar (old look):
you still Create Item, but now you click on html button in the toolbar, and post the YouTube-provided source code. (How to find the embed code at a YouTube site shown here: click on embed button under the video at YouTube and copy source code that appears).

At the BB site, you then click on the html button on the Create Item toolbar, and paste your code. You now have an embedded video just the way you'd expect it to look.
Most other sites, because they're not optimized by BB to work, won't work with html embed code, no matter how carefully you write the code. I tried. Give up. Here's the work-around that isn't the same, as the learner does loose the left navigation back to class content, but allows you to keep the learner in the course framework with navigation back to home page for course at the TOP of the page.
To embed video link in your course you use a full frame embed:
Build menu, create external link.
Copy the link, choose CREATE EXTERNAL LINK.
(You can of course do this with YouTube as well, IF you want only top navigation).

Paste your link, Choose "Display media file within the page." (Feature works in this setting).
Remember to choose "Open in New Window"=NO if you want to embed in course window.
Here's a pic of these two choices on the Create External Link object page.
So, things change. Nothing remains the same. Mostly, we don't like change but in the end we adapt. That's what we do. Happy adapting. When things settle down, we'll talk about the worthy new features in BB9.
Posted by colleen at 12:44 PM No comments: